Home Hela Empire ALERT!!Things to know About HELA EMPIRE Before You Register 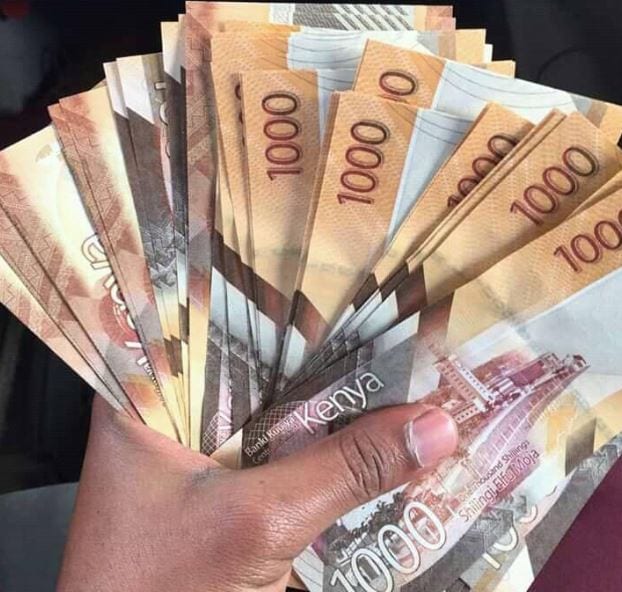 What is Hela Empire?

Hela Empire as it has been presented to many of us is a new referral based program with different earning methods such as referring , watching YouTube videos, blogging,Answering Trivia Questions and spinning casino.

Is Hela Empire legit or just another scam?

It is good to note that with the rising Corona virus pandemic many scam websites offering easy online income have come to the surface. Therefore it is always good to appeal to everyone not to look for making easy money.

But Hela Empire is Legit and i have made over 30,000ksh with it and withdrawn from Mpesa 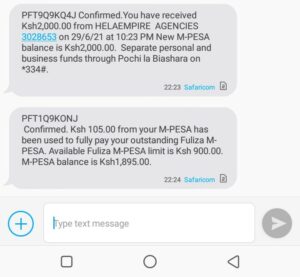 When was Hela Empire launched?

How much can I earn from Hela Empire free spinning?

Hela Empire agencies has a free spin for all its new users. You will get free chances to spin a wheel once you register and activate your account. The Hela Empire spin wheel is labeled with the different amounts that you can win based on your luck. Simultaneously, the spin wheel is marked with zero amount, so you can also win nothing. On average, the amount you are likely to win is around Kshs 20.

Does Hela Empire have a joining fee?

READ : Get the best brand reviews

How much can I earn by referring people to Hela Empire?

In our previous Hela Empire review, we had already explained that the main way of earning with Hela Empire agencies was by referring other people. Your earnings through referrals will depend on your skills in networking and how big your network is. Some Hela Empire members have already earned more than KES 80,000 due to their networking prowess. On the other hand, some people are yet to refer even a single person and have not earned enough to reach the Hela Empire minimum payout.

Can I refer people from other countries to Hela Empire?

Yes. Hela Empire is available in various countries such as Kenya, Rwanda, Nigeria, Tanzania, etc. Referrals are not limited to people from the same country; you can also refer someone outside your country to join Hela Empire.

Can I earn from referrals who haven’t activated their Hela Empire accounts?

What is Hela Empire minimum withdrawal?

Almost all online businesses have a certain minimum payout that you must meet before you request a withdrawal. Similarly, Hela Empire has a minimum withdrawal, Kes 500, which you must have earned before you are paid. Hela Empire will also deduct Kes 40 withdrawal charges. This means for you to withdraw KES 500; your account balance must be at least KES 540.

When can I withdraw Hela Empire trivia earnings?

Well, being paid to answer simple questions might be one advantage of being a Hela Empire member. You are paid KES 50 for answering 6 simple questions correctly within 1 min. The only problem with the trivia earnings is you can only withdraw them once you reach Hela Empire trivia earnings minimum withdrawal, KES 500 plus a KES 30 withdrawal fee. This means you must participate in trivia questions at least 11 times and answered all six questions correctly before you get a chance to withdraw your earnings.

How does  Hela Empire blogging work?

Blogging is one of the prestigious ways to earn passive income online in the 21st century. Creating a money-making blog has been made easier as time goes by, and now you can easily start without any programming skills. Hela Empire has also introduced a way their users can earn by writing and publishing articles. Hela Empire blogging is only available on Monday and Friday. Your blogging earnings are based on your views, and you can give it a try. However, you shouldn’t expect much from it as it is just another minor way of earning with Hela Empire.

How/When can I withdraw my Hela Empire blogging earnings?

Your Hela Empire blogging earnings’ minimum withdrawal is KES 500 plus KES 30 as a withdrawal fee. You must be an excellent writer and have many views to earn such an amount of money. It might also take long, given that blogging days in a week are only two days.

How much can I earn by watching Hela Empire YouTube videos?

You can only earn pennies from Hela Empire YouTube videos. When you click on the ‘watch YouTube’ videos tab in the Hela Empire account, they majorly have free videos that you won’t be paid for after watching. Their paid videos are only displayed on Saturday and Sunday, where new users have an added advantage of watching them and perhaps earning. Like trivia earnings and blog earnings, YouTube earnings are also paid individually. Meaning you can only withdraw your  Hela Empire YouTube earnings once you hit the minimum payout, Kes 500+ Kes 30 withdrawal fee.

Can I earn from Hela Empire without referring?

This is one of the main questions ringing in almost every person who wants to join Hela Empire. Yes, you can earn without referring to a Hela Empire agencies active member. There are high chances you will never withdraw your earnings if you don’t have any referral earnings. This has been the main challenge that most Hela Empire members are facing. Someone will introduce you to Hela Empire with a promise of how you can with ways such as watching videos, spinning, etc. After joining, you will be frustrated after realizing that the only way you can earn any significant income is by referring others.

There is no need to join Hela Empire if you cannot refer others. You will most probably end up wasting your money. This is just advice, and I would also like to hear from other members about their Hela Empire experience.

Is Hela Empire a legitimate platform?

In my previous Hela Empire online business review, I answered whether Hela Empire is legit or a scam. I have seen their registration certificate, and I cannot say they are scammers. I think the question people should be asking is whether Hela Empire is worth joining or not. If you have read this article to this point, I am sure you have noted both pros and cons of joining  Hela Empire. Therefore, it shouldn’t be hard for you to make any decisions.

In every business, you must risk hoping for profits; however, sometimes, we end up making losses. Likewise, you will either make losses or gain from Hela Empire. Trend carefully.

Based on the information we have for now, Hela empire offers the following services;

Referring is the backbone of the Hela Empire.

You earn when other people join Hela empire either through your link or that of your down lines.

You’re earning by referring others. They have different tiers/levels of earning, and the referral earnings vary from one tier to another.

You’ll earn $3 (Ksh 300) in tier one when any person you invite joins using your Helaempire affiliate link and activates their account. They don’t limit the number of people you invite since; they’ll also be earning more as your number of referrals increase.

You will make $1 (Ksh 100) for every active downline in your tier 2. These level downlines are those invited by your tier 1 direct referrals.

In this tier, you’ll earn $0.5 (Ksh 50) when your tier 2 downlines invite anyone to join Hela Empire. This is the last level from which you’ll earn any referral bonus.

Hela empire affiliate program has several demerits as listed below:

Based on our readers’ feedback, who have previously joined satoshi platforms, earning through YouTube videos does not work.

The earning by watching YouTube videos in Hela Empire is just there to entice more people to join. If you get to watch a video, you’ll be paid about $0.1 (Ksh 10). To make the matter worse, you must accumulate a certain amount of YouTube earnings before getting paid.

New members have access to a free welcome spin. Well, Hela empire says that the maximum amount you can win from this free spin is about Ksh 1000. This is just for marketing since the average amount you can win is around $0.2 (Ksh 20).

Hela empire also has casino spin where you have to gamble a minimum of Ksh 25. There are high chances you’ll lose much compared to what you win. I can’t advise anyone to use the spin wheel since there’s a high probability of lose compared to winning.

The spin wheel feature is not a guaranteed method of earning in Hela Empire. You’ll still need referrals to make money with Hela empire since you’ll never make a sufficient amount with spinning.

As for Hela empire blogging, you’ll be paid based on the views your articles get. The articles must undergo review before they are approved and published. Although people who own personal blogging sites can make more money online, this is not the case with Hela Empire. If it will be similar to former satoshi agencies’ platforms, blogging is not worth being listed as a way of earning.

Savings are crucial when managing your personal finance. SACCOs are one way you can save money and earn dividends as well as qualify for loans. Hela empire is also promising an online Sacco, which we have no clear understanding of how it will work.

Is the SACCO registered? How safe are my savings? Where and who can I report in case of any problem? These are some of the questions you have to ask yourself before deciding to save with Hela Empire.

Tanzanians can also join Hela Empire and have access to all the features described above.

If you’re interested in being a Hela empire user, you can register via Helaempire website or by finding someone who’s already a member and asking for their referral link. The latter is more advantageous; you can ask for a screengrab of your referrer Hela Empire’s account to verify whether it is indeed paying.

You can be referred by anyone as long as they’re active Hela empire users. The registration fee is non-refundable; pay it when you’re ready for any consequences.

Generally, Hela empire withdrawals are made via Mpesa for Kenyan users. As for other countries like Tanzania, other mobile money services will be used which suit the user. This should be clear before you decide to create your Hela empire account.

Since we’re comparing Hela empire with other satoshi platforms, it’s worth noting that the withdrawals might not be instant. You’ll have to wait for few hours before you receive the money. Withdrawal charges will be deducted whenever you request for payout in your account.

Who is the owner of Hela empire?

Hela empire is owned by Satoshi agencies, which also owns other platforms such as Mula empire, Smart Hela and the famous Earnsmart agencies.

Hela empire might have some interesting features which may tempt you into joining. You must therefore not make haste decisions and end up investing your money and losing it all.

When are Helaempire withdrawals made?

You can withdraw your earnings in Helaempire anytime you want. The money will be sent to your Mpesa account, although there might be a delay for few hours.

Can I earn without referring in Hela empire?

You’ll not earn without referrals; the referral program is the backbone of the company. Even if you earn through other ways such as spinning and trivia quizzes, there are high chances you’ll never reach the minimum payout.

How to login to Hela Empire? 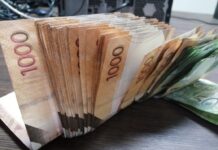 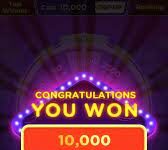 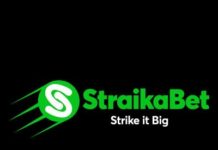