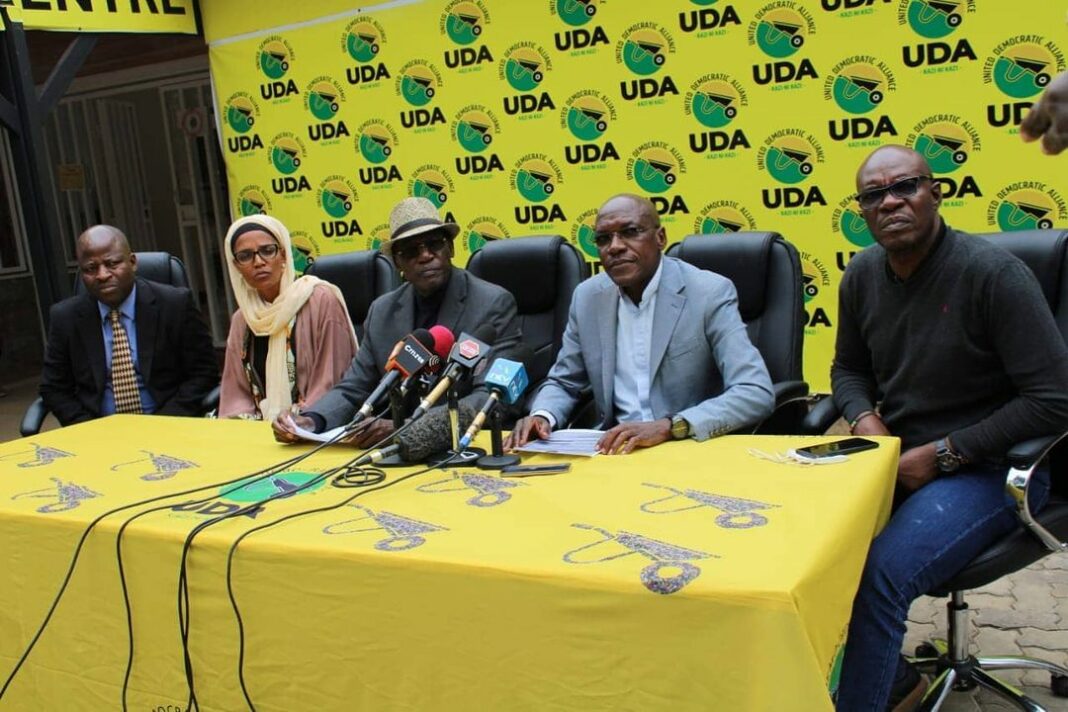 Politicians allied to Deputy President William Ruto are engaged in heated arguments to win the confidence of the voters.

The leaders, mostly from the South Rift and eyeing gubernatorial seats, are jostling to get endorsements from the DP and UDA party tickets.

While most are making their first attempts, some are seeking reelection  for the second terms in office.

In a headache for the DP, a number of those eyeing the seat are his closest associates who have been going all out defending him.

So delicate is the balancing that even the governors in their final terms have their preferred candidates in the race.

Bomet, Kericho and Narok are the counties where tough battles and showdowns are expected.

In Narok, Governor Samuel Tunai, who is in his final term, has yet to announce whom he will be supporting.

Tunai will have to play his cards right to avoid compromising the DP’s support on the ground and his own interests.

The trio has already declared their interest and has been engaged in public spats while they drum up support for the Deputy President to succeed President Uhuru Kenyatta.

Rutto has given a clearest indication that he is not going to fold his party but will instead support the DP. This sets the stage for Barchok and Mosonik to square off in the UDA primaries.

Speaking during a recent function, Rutto criticised some of his rivals who, he said, have been moving around, duping the electorate that they have the DP’s blessings. But they don’t.

“We are all supporting the DP in his quest for the top seat but for the county seats it is you the people to decide who you want to lead you. Don’t be deceived by some of my competitors saying they are the favourites in some quarters,” Rutto recently said.

In Kericho, Senator Aaron Cheruiyot and Energy CS Charles Keter are the main allies of the DP who are eyeing the governor’s seat.

Outgoing Governor Paul Chepkwony is also yet to endorse anyone, though sources say he’s likely to settle on his deputy, Lily Ng’ok.

Despite all these candidates having equal opportunities due to their political influence among the electorate, they will be banking on the DP to tilt the balance.

In the run-up to the last general election, Ruto endorsed candidates for gubernatorial seats in various counties and also campaigned for them.

Among those he endorsed were Joyce Laboso of Bomet and Mike Sonko of Nairobi.

Former Bomet mayor Kipkemoi Barsumei said while the DP’s endorsement have great impact, this time round, things might not workout well for those expecting it.

“Those aspiring for the gubernatorial seats might have to put in extra efforts…Ruto will be busy with his own campaigns across the country and so he will not have time to come and campaign for anyone,” he said.