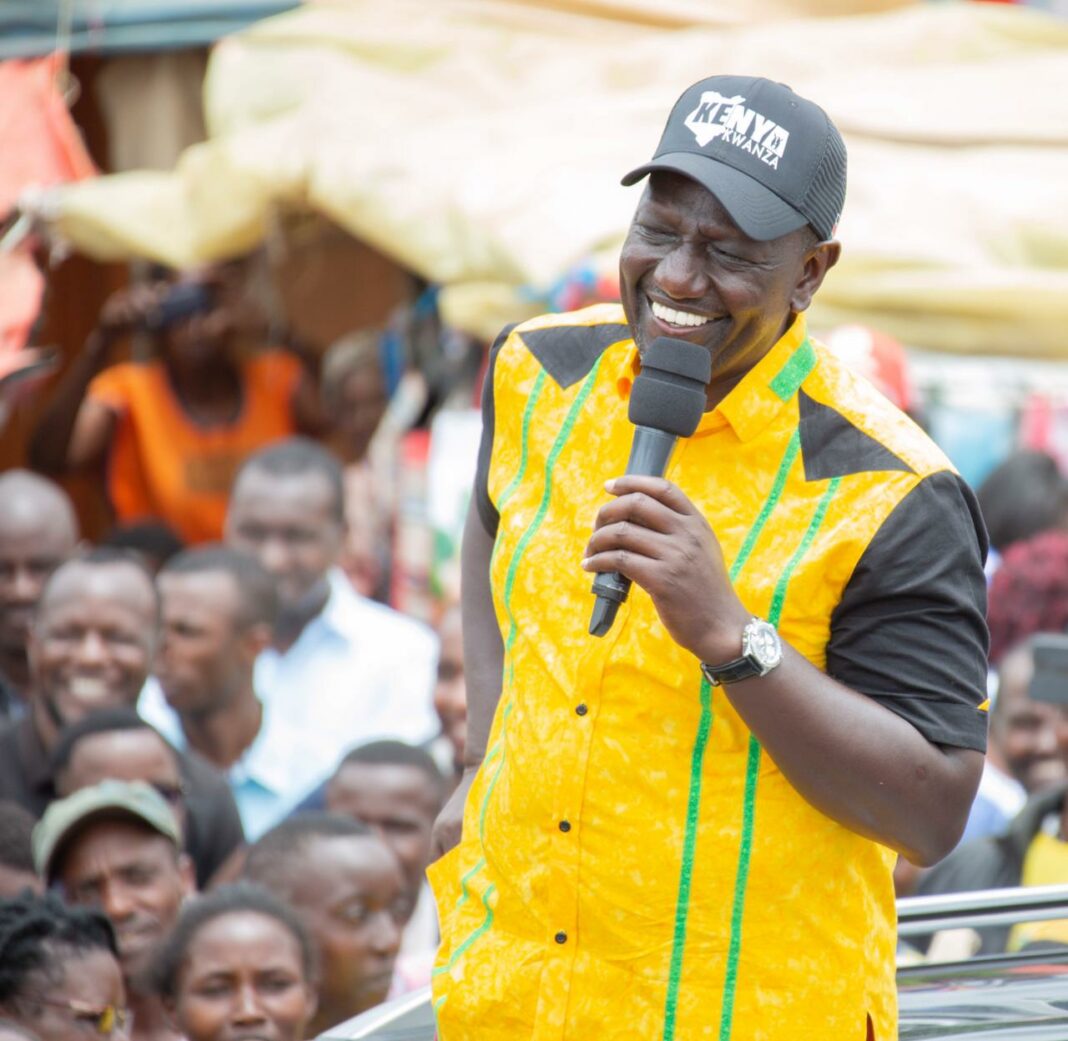 Deputy President William Ruto will on Tuesday traverse Wajir County as he seeks to consolidate his support in Northeastern ahead of the August polls.

The Kenya Kwanza leader, who is campaigning on the platform of empowering the ordinary Kenyan through the Bottom-up economic model, will start his campaign activities at Hadado Town in Wajir West.

By noon, the Hutsler caravan is expected to have made its way to Bute town in Wajir North.

A programme released by his campaign team indicates that he is expected to make arrive at Kotulo trading Centre in Wajir North by 1:30 pm.

Ruto and his campaign team on Monday started a week-long campaign programme that will end on Friday.

The marathon economic forums started off in Garissa where the UDA presidential candidate solicited development views from the residents.

His running mate, Rigathi Gachagua on the other hand led similar campaigns in Embu while ANC leader Musalia Mudavadi was in Narok County.

The two are later expected to head to Rift valley and the Western region for similar forums.