Home News Ruto: Kenyans not interested in jobs for politicians 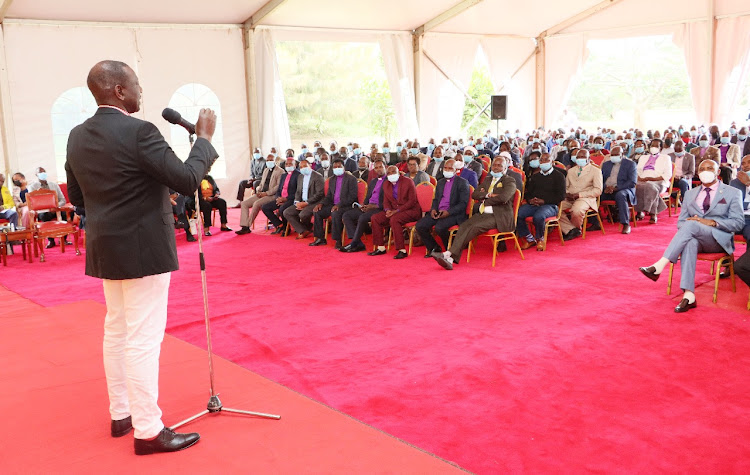 Kenyans are no longer interested in politics that will not help change their lives for the better, Deputy President William Ruto said on Thursday.

He said people have realised that changing the Constitution is only aimed at creating positions for a few leaders instead of transforming the country.

“As a people, the decision has been made. We are going to build an equal-opportunity society through an economic revolution that is anchored on the bottom-up model,” the DP said.

In the proposed policy, Ruto said millions of jobs would be generated and a conducive business environment created.

He said many political figures were not happy that Kenya was about to take off.

“There are multiple plans to derail it. But they will not succeed. We are building an indomitable alliance of ordinary people that will propel this grand dream.”

Ruto spoke when he met religious leaders from Embu county at his Karen residence.

“The poor will no longer be misused by the powerful to go up the political ladder,” he said.

Ruto said the formation of political alliances will not make Kenya any better.

“It is not the alliance of the mighty but that of the lowly and the jobless that will create a revolution that will change our country.”