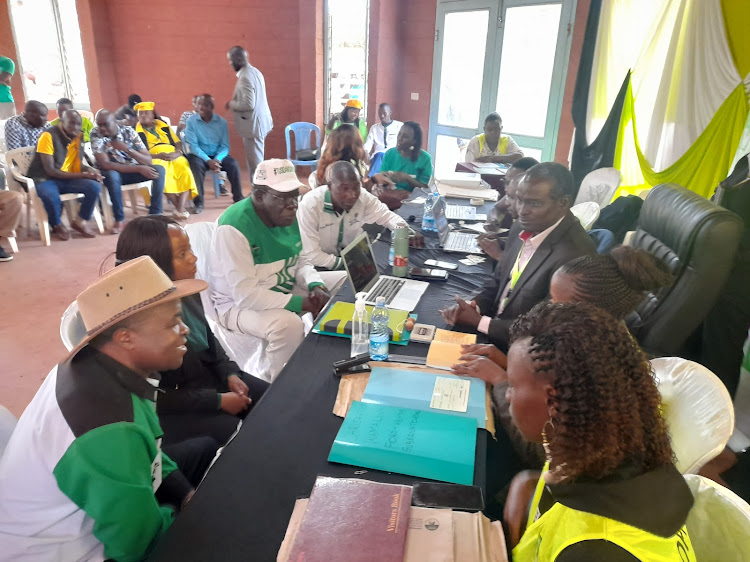 The electoral agency on Tuesday concluded the clearance of governor aspirants in Trans Nzoia county.

Wamalwa of the Kenya Kwanza Coalition expressed confidence residents will overwhelmingly elect him as their second governor.

After he was cleared, supporters broke into song and dance.

They represented Ford Kenya, ANC, UDA and The Service Party (TSP) and had camped outside the National Museums of Kenya offices in Kitale.

Wamalwa, who is the Ford Kenya secretary general, is banking on the support of Deputy President William Ruto, Ford Kenya leader Moses Wetang’ula and his ANC counterpart Musalia Mudavadi.

Nduruchi, who is chairman of the North Rift Independent Candidates Caucus,  was the first to be cleared among the seven aspirants.

Wamalwa was the last to  appear before the IEBC  on  Tuesday afternoon.

He will be on the ballot alongside Joyce Keter Cheruto as his running mate on the Kenya Kwanza Coalition ticket.

“The journey to transform Trans Nzoia has just began.  We have been cleared by the grace of God to be part of the transformative agenda of taking this county to another level,” Wamalwa said in an interviews.

He urged his rivals to carry out peaceful campaigns and avoid derogatory and incendiary language throughout the campaign.

He warned some civil servants and a section of the business moguls supporting his rivals.

In a surprise move, the Kiminini MP dropped his running mate Bethwel Kiplagat Kirior, due to some unspecified issues.

“We had hiccups here and there pertaining to my running mate but we want to thank the Nandi Council of Elders who moved swiftly and today we are privileged to have been cleared,” Wamalwa said.

The MP surprised many residents by picking youthful Joyce Cheruto instead of Kirior who is older than Wamalwa.

He appointed Kirior as his campaign manager.

He described Cheruto  as an accomplished grassroots mobiliser with a passion for community development.

“The lady you see here will marshal votes from her Nandi community. Together with Kirior, they will manage those such as Kipruto Kirwa who thought Kenya Kwanza would lose,” he said.

The MP said he would emphasise family values, integrity and matters of the church where there will be a county prayer day.

He proceed to Kitale town on a meet-the-people tour and later addressed a rally at Kiminini market.

He later hosted interdenominational church representatives at his Kanananchi home. 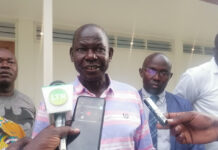